Lea Frank was born on 22 March 1923 in Nijmegen. The Frank family lived there at 62 Gerard Noodtstraat. Lea came from a family with two sisters, Alida Helena (Leni) (1920) and Aleida Louisa (1932), and three brothers: Abraham (1930), Victor (1931) and Jacob (1933). Both parents died when the children were still young: the eldest Alida Helena was 15 years old at the time, Jacob the youngest only two. From 27 November 1935, all children were admitted to the Central Israel Orphanage in Utrecht at 92 Nieuwe Gracht. Alida and Aleida Louise survived the war. The three brothers were killed on 5 March 1943 in Sobibor.

Lea was able to enter the Werkdorp in November 1940. In the Werkdorp, she worked in housekeeping and horticulture. After the evacuation of the Werkdorp on 20 March 1941, she leaves for the Kibbutz Franeker. After six months, she returned to Amsterdam and became a domestic help with the Dasberg family. After three months, she was formally appointed as domestic help by the Jewish Central Vocational Training Centre in the Kibbutz in Laag Keppel. Based on this position, she has a ‘sperr’. In April 1942, she met Elkan Bobbe, who had also come to live in the Kibbutz. They  share a childhood in orphanages as a common background. This creates a bond. Lea and Elkan Bobbe get married on 8 April 1943. Two days later, they are arrested with the others in the kibbutz and transferred to Camp Vught. On 2 July 1943, they are transferred to camp Westerbork. They are transported to Sobibor on 6 July 1943. They are both murdered on 9 July 1943. 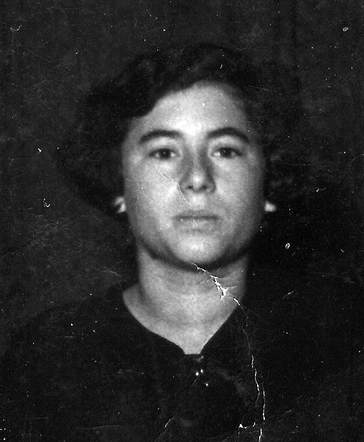