Sigmund Schwinger was born on 26 January 1926 in Hannover. He came to the Netherlands at the end of 1938 with his younger brother Walter (1927) and two cousins. His parents decided to flee after Kristallnacht. Problems with obtaining visas were the reason why Sigmund and his brother, together with the two nephews, were sent to the Netherlands illegally in the meantime. The plan was that as soon as the parents could flee to England, the children would join them again. Walter ended up in a foster family in Oss and he survived the war in hiding.

Sigmund himself got a place in the Werkdorp in Wieringermeer. He worked there as a farmer. After the Werkdorp was evacuated on 20 March 1941, he started working in the garden of the Jewish Council at Zeeburgerdijk on 1 August 1942. This function gave him a ‘sperr’. At the end of May 1943 Sigmund was arrested and taken to Westerbork. Almost immediately afterwards he was transported to Sobibor, where he was killed immediately upon arrival on 4 June 1943. 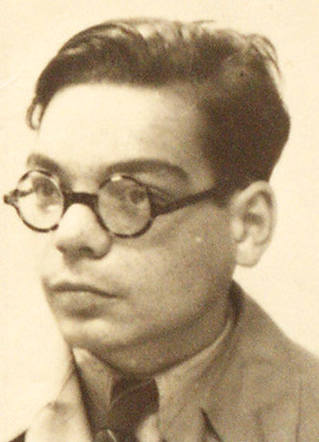