Hans Bandmann was born on 12 June 1916 in Berlin. He has two brothers, Rudi and Peter. Hans was arrested after Kristallnacht and imprisoned in Camp Dachau from 10 November 1938 to 8 December 1938. He is released on condition that he leaves the German Reich. In February 1939 he fled to the Netherlands and reported in the Werkdorp on the 13th. He started working as a furniture maker. In the Werkdorp he had the opportunity and the plan to go on the ship Dora to Palestine in 1939. The Zionist organisation urged him not to do so. He could not be missed and he stayed. In the Werkdorp he became friends with Lore Sieskind.

After the Werkdorp was evacuated on 20 March 1941, he was assigned to his uncle and aunt Finke in Scheldestraat, Amsterdam. He belonged to the June group, or the Werkdorp people who were arrested during the second razzia in Amsterdam. Via camp Schoorl a group of 300 Jews, including Hans and 56 other workforces, were deported to Mauthausen. There they had to perform forced labour in stone quarries and/or undergo medical experiments. Almost immediately upon arrival, Hans is murdered on 8 July 1941. His girlfriend Lore is summoned by the Sipo (Sicherheitspolizei) to the office and is told that Hans was shot dead on the run. Lore refused to believe this, made a scene and was forcibly removed from the office. At the end of 1942 she, Kurt Hannemann and two others set up a resistance network with non-Jewish helpers. She survived.

Hans’ parents were still able to flee with their sons Rudi and Peter. They fled to England and survived. 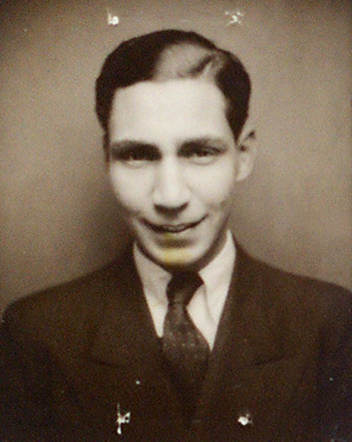