Max Heftmann was born on 14 February 1913 in Turka. Turka is a village in the east of Poland. At the end of the 1920s, the family moved to Vienna. He is obsessed with sports, especially water sports and skiing, and is a member of the Zionist youth club “Blau Weiß”.
After secondary school, Max studied electrical engineering. After graduation he took a job at the “Allgemeine Glühlampenfabrik AG” – also in Vienna.

At the end of 1937 he decided to leave Austria. He moved to the Netherlands and lived for a short time at 22 Holbeinstraat in Amsterdam with a former journalist Mr Julius Ephraim van der Wielen, from whom he soon learned Dutch. This teacher remained his “uncle Van der Wielen” for many years. When there is a place for him in the Werkdorp in 1938, he goes to work there as an electrician. He is the inventor of a telephone system. In Wieringen he got engaged to Raymonde Soesman, the only Dutch girl in Werkdorp. She had previously followed a hachshara education in Ahrensdorf in 1937. Max Heftmann’s parents emigrated to the United States at the end of 1939. Max also tried to get a visa but as he was stateless he did not succeed. By the end of 1940 Max and Ray want to get married, but the wedding cannot take place because Max never received the necessary official papers from Vienna.
After the Werkdorp was evacuated on 20 March 1941, he found shelter with a foster family on De Lairessestraat in Amsterdam. Max belonged to the June group, the Werkdorp people who were rounded up during the second major razzia in Amsterdam on 11 June 1941 and deported to Mauthausen via Schoorl camp. There they had to perform forced labour in stone quarries and/or be subjected to medical experiments.

Raymonde Soesman received three more letters from Max from Mauthausen. Within four months after arrival Max was killed on 18 October 1941.
Raymonde was arrested on 25 February 1943 and taken to Westerbork. On 25 February 1944 she was transported to Theresienstadt. She survived the war. 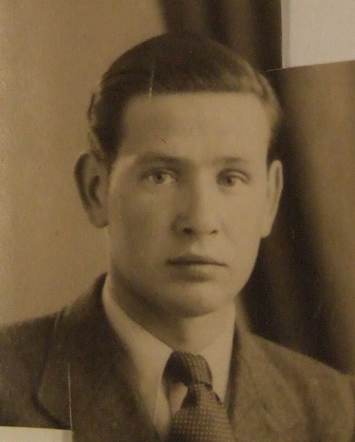